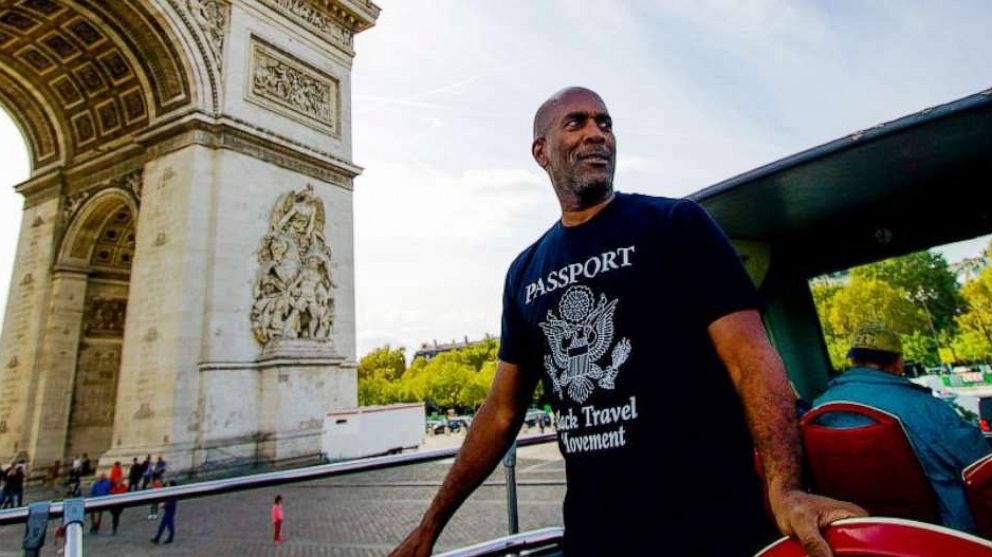 The organizer of what some are calling the disastrous "2019 Black Yacht Week" -- a supposed dream trip in the Caribbean that allegedly turned out to be more of a nightmare -- may be in hot water again, this time for allegedly falsely advertising partnerships with charitable organizations for purported mission trips to Haiti and Puerto Rico.

Reginald "Reggie" Cummings, the owner of Black Travel Movement (BTM), is already facing questions about "Black Yacht Week" -- billed as the "vacation of a lifetime" for black travelers --- after guests complained of "disgusting" conditions aboard the vessels, hot dogs and peanut butter and jelly instead of gourmet meals and last-minute itinerary changes. Cummings and his lawyer pointed the finger at the yacht company, which said that it was given inadequate time to prepare and immediately responded to customer complaints.

Cummings told ABC News in a recent phone interview last week that when he started BTM in 2016, one of his goals were to encourage black people to travel to other countries, but as the brand expanded to over 400,000 followers on Facebook he wanted to make "an impact" on the countries his customers visited. The black travel community consist of mostly millennials and women who are interested in or are avid travelers who aspire to see the world safely and on a budget.

"I came up with the idea to what I call 'BTM Cares' and its basically, we do service trips," Cummings said. "One of the things that I also noticed when having conversations about volunteering that most of the places with Afro communities, most of the volunteers don't look like the community, they look like white people, you know, wanting to help out."

The first mission trip was slated for earlier this year to Haiti, Cummings said. BTM Cares, which is not a registered charity, claimed it teamed up with Mission of Hope (MOH) to bring 20 medical professionals and 20 other volunteers to go "door to door" to visit Haitian families and host "Pop-Up Clinics," said Cummings.

"The people of Haiti are over the top excited that we are bringing 40 black, brown, and beige faces to serve the people," BTM said in a now-deleted post on its website. "The overwhelming majority of the volunteers providing services to Haiti are usually Caucasian."

According to BTM, after the service project, guests would enjoy three days at Wahoo Bay Beach Resort.

"After looking at a number of charitable organizations working in Haiti, we decided to partner with Mission of Hope because of their commitment to transforming lives in Haiti and we're looking forward to supporting their programs that help the Haitian people," a now-deleted post on BTM's website said.

MOH is a Christian-based organization that "exists to bring life transformation to every man, woman, and child in Haiti. We desire to serve the nation of Haiti, and see lives changed," according to the non-profit's website.

The June 2019 trip was canceled a week before the group's departure because of "civil unrest" after the country's presidential election, said Cummings.

Cummings, 58, said he refunded the customers (it wasn't clear how much that trip cost) and planned on rescheduling the Haiti trip with MOH for the first half of 2020, though a similar trip was advertised on the website for the end of October.

(MORE: Black Kids Do Travel Instagram inspires families 'to get up and go')

When ABC News reached out to MOH to confirm its partnership with BTM, Ray Graham, the corporate counsel for the Texas-based organization, said he never heard of the travel group or Cummings.

Interested travelers were charged $1,250 per person for the Oct. 19 to Oct. 27 service trip, according to recently deleted post on the BTM website which included a logo associated with MOH to allegedly bolster the trip's legitimacy.

Cummings told ABC News in a subsequent interview Monday that he stands by his claimed partnership with MOH, but the advertisement for next month's mission trip was not supposed to be posted by the web developer.

"It wasn't being promoted and no one signed up for the trip. I'm taking a small group to Haiti next month just to try and see what the conditions are; just 6 or 8 of the BTM staff. We are going to be engaging in some service projects while we are there. We are going to reschedule the larger trip to the first quarter," said Cummings.

Graham, the lawyer for MOH, said the organization immediately reached out to BTM asking it to remove MOH from the travel website within 24 hours. "BTM complied. I think that action speaks for itself," Graham wrote to ABC News in an email.

BTM Cares is also advertising a seven-day mission to Puerto Rico from Oct. 6 - 13 that is set to include four days of service projects like building houses and two days of relaxation, the website says.

"Black Travel Movement is stepping up to do its part in the recovery effort," the website reads. "This is a true service project and every dollar of your investment will go to pay for trip costs and the cost of providing services to the people of Puerto Rico. BTM does not make a profit from the BTM Cares service trips."

For a fee of $750 per person, BTM promises a "private, upscale hostel in San Juan Puerto Rico that will be exclusively for use by BTM’ for the duration of this trip" but does not include airfare.

BTM doesn't mention which organization BTM Cares is teamed up with for the project. The only hint was a promotional video from Group Mission Trips — a non-profit that has built thousands of homes in Puerto Rico since the devastation of Hurricane Maria -- that was embedded on BTM's website.

Group Missions Trips confirmed to ABC News that it has a scheduled mission trip heading to Puerto Rico next month, but it's not with BTM or BTM Cares. The promotional video has since been removed from BTM's website.

Cummings said a staff member had the name of the organization BTM Cares worked with on the Puerto Rico trip, but that he did not know it. He told ABC News on Monday decided to cancel the trip in its entirety.

"With all the fiasco surrounding the Black Yacht Week...we are going to regroup, do some PR...change business practices and go next year," said Cummings, who confirmed that "five or six" people have signed up for the mission trip to Puerto Rico. As of Tuesday, the advertisement is still posted on the BTM's website.

As a result of the "Black Yacht Week" controversy, Cummings is engaged in litigation in Maryland and a federal court in North Carolina in which Dream Yacht Charters accused him of not paying over $551,000 to rent 26 vessels. In court papers, Cummings asserted that the yacht company breached their contract by providing inadequate services and that he is not obligated to pay the contracted sum.

The North Carolina's attorney general's office is investigating 17 complaints regarding the yacht trip and 16 complaints are posted on the Better Business Bureau's website about alleged mishaps dating back to 2016. Two of the BBB complaints have been marked resolved.

No complaints have been filed with the North Carolina attorney general about the mission trips, according to a spokesperson.

"Black Travel Movement has taken 35 trips," Cummings told ABC News. "We have had 2,000 members travel with us. These have been life-changing experiences for some of our members. We take pride in what we do and know things won't always go perfectly...I'm one of the good guys," he said.

Cummings said he seeks to settle the case with Dream Yacht Charters within the next 60 days before deciding whether to cancel BTM's last scheduled trip of the year to Johannesburg, South Africa, for Afropunk.